Tim had a love for the outdoors that grew from the time he was a baby. One trip at a time, Tim eventually hiked from Pamelia Lake to the State of Washington well over miles! Tim had a precision to detail that resulted in perfection and was extremely creative. He applied these talents to making many items for loved ones and home whether it be bird houses, couch pillows, dog kennel, cat scratcher or wishing well planter for his mother.

His family will claim that he had the straightest lines! Tim had an appreciation for all living things; some of his favorites being his dogs, his snake Guido and his gardens. When his youngest daughters were in middle school, he grew corn and sunflowers in the front yard that he would later use in addition to the garage to build a haunted house for trick-or-treaters.

Hundreds of children were terrified and mesmerized by this large scary man with a chainsaw on Halloween! Times spent camping, hunting, backpacking, on the beach, playing in the snow, dying Easter eggs, putting up Christmas lights, barbequing his famous steaks, making jelly, working on school projects, annual visits to pumpkin patches, Christmas tree farms and so much more!

Tim was a fan of the Oregon Ducks and enjoyed numerous games with many of his family members. He had a love for music and attended a very large number of rock concerts, some of his favorites being Metallica, Floater, Ozzfests and Rockfests. He had a blast attending the annual Oregon Country Fair and was an explorer that would be overjoyed by finding the next view point. He also loved to play pool and was very good at it!

Tim can be described as a respectful, kind, generous, protective and passionate person. If a car was stranded, he would pull over to help. If the street drainage in the neighborhood was plugged, he would clear it. If someone needed help with lifting, opening or retrieving something high, he would take care of it.

He was a great man to have by your side!

Tim will be remembered by his beautiful blue eyes and gorgeous smile that could light up any room and by the many lessons he taught that will continue to be taught for generations to come. He will forever be in our hearts! She was born in Weyburn, Saskatchewan, Canada on September 13, She lived a long life of service to her Lord using her gifts of music, magic, and ventriloquism to bless a multitude of people. She was well known in Spokane, Washington where she lived for many years and where she used her talents on television with Sunday School of the Air. She and her husband of 56 years, Neil, traveled for many years doing musical programs and evangelistic crusades in schools and churches.


After moving to Salem, she continued doing programs in schools and senior facilities including Meadow Creek Village where she lived the last year and a half. They were together until his death in Celebration of life will be scheduled at a later date. She had two brothers, Richard and Karl.

Joyce was raised in Salem and as an adult continued to live in the Salem and Stayton areas most of her life. She passed away into the presence of her Lord at home surrounded by her family on May 25, While at church, she met Millard Bates. Her children and grandchildren describe her as selfless, kind, trustworthy, strong and resilient. You could always count on her. In her most recent years she attended Salem Evangelical Church. She absolutely loved working there and for 30 years she served as a friendly face and proficient personal customer service advocate to hundreds of customers.

Whether at home, church, work or in the neighborhood, Joyce touched many people. She had a quiet strength with an incredible faith in God.

Daily she lived out her commitment to follow Him in every area of her life. She was predeceased by her son, Jeff, her brothers, and her parents.

A Remembrance of Life will be held at p. Buckley, Salem Evangelical Church for the care provided Joyce and the support given to her family. She had two brothers, Lewis and David, and a sister Ruth. Evelyn was raised in Keizer and lived there until her passing on May 1, at age At age twelve, her father gave her a horse and with Madame Queen she loved to explore the rural area. Farm chores were part of her life and, according to her brother Lewis, Evelyn was not only the fastest at picking fruit but fearless at the top of a cherry tree. Evelyn worked for the Salem School District serving as an administrative assistant until her retirement in She was a strong, independent woman who loved her family deeply.

Get-togethers meant the world to her and were enjoyed by all. She had a never-ending curiosity and never let age get in her way. Evelyn questioned everything with sincerity, had childlike enthusiasm, and endless wit. She was kind and friendly to everyone she met. Evelyn was constantly involved in some type of activity from working in her yard to watching Seattle Mariner games to knitting to genealogy.

She took great pride in her heritage and was the family historian long before internet research. Notebooks she compiled over the years have been shared with family members across the country. She was a proud member of DAR for over fifty-five years holding many offices including Regent from Volunteer work was important to her and she devoted herself to the Keizer Heritage Museum where a room is named in her honor. Evelyn loved to travel and enjoyed bringing home souvenirs from around the world.

She was predeceased by her husband Ewald and her son Stanley. She is also survived by a large number of nieces and nephews and many loved ones. A Celebration of Life will be held at 2 p. Evelyn was a lifetime member of the church. In lieu of flowers, memorial donations may be given to the Keizer Heritage Museum.

Thanks are given to the staff at Salem Hospital and especially Avamere Court in Keizer and Serenity Hospice for the care given Evelyn and the support given to her family. The family sister Faith, brother Linton moved to Salem in In his younger years Mark performed with the Salem Singers and recorded a few albums gospel music Mark always enjoyed music and would sing or hum along to any song on the radio over the groans of family trying to listen to the songs being played Elvis was a favorite. Another favorite was watching Godfather marathons and Jeopardy every evening.

He touched and improved the lives of countless people and cared about each and every one of his patients. Mark will be remembered for his positive attitude, big smile, loyalty and dedication to family and profession. Their expertise and compassion will always be remembered. A Celebration of Life will be held at the Springer residence at a later date. In lieu of flowers please make a donation to Oregon Speech-Language Hearing Association please contact oshastaff gmail.

On line condolences can be shared at www. Margaret Chadburn passed away April 2 in Eugene where she had lived since February, Margaret and her husband Gerald were married at St. Luke Lutheran Church on Valentines Day, They lived in Portland, Myrtle Creek and Grants Pass and moved to Salem in where they lived in the same house for 45 years before moving to Eugene. Margaret attended Chemeketa Community College and worked for the Employment Department, retiring in An avid walker, she also liked to read and knit and especially enjoyed spending lazy afternoons playing cribbage and scrabble with Gerald.

She also leaves behind sister Sharon Overholser of Prineville, Ore. At her request, a funeral service will be held Friday, April 5, at a. The family moved to Grangeville, ID in , where he graduated high school in He enjoyed hunting and fishing with his brothers when time allowed.

He was married to Jowyn Louise Villager from September 1, to They had one daughter, Kimberley Kaufman Miles. Robert was proud to sell life insurance for Lutheran Brotherhood for over 30 years. He had hundreds of clients in the Spokane, Pullman and Moscow area. He had happy memories of a special trip to Hawaii, water skiing with his brother Marvin, training his German Shepard Zeina, and his classic Ford Thunderbird. He was a member at Immanuel Lutheran church for many years. 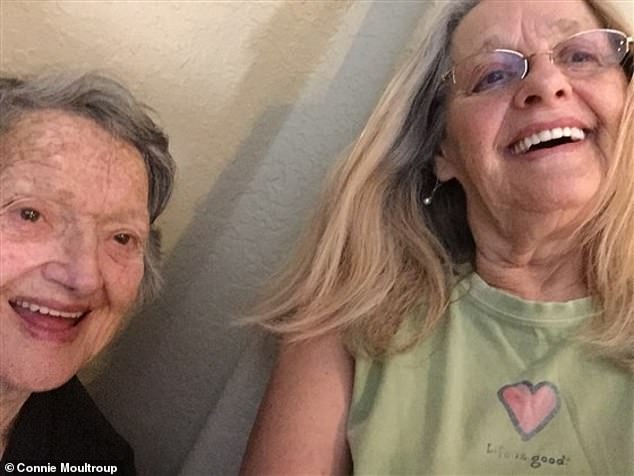 Bob enjoyed working in his yard and keeping his office and home organized. He spent the last years at The Springs Living Center, in Sherwood Oregon, where he was known for his wonderful singing voice. He is survived by his sister Sharon Kaufman, his daughter Kim, her husband Michael, their sons Jason and Jordan Miles, plus many nieces and nephews.

A graveside service with military honors will be held in Grangeville, on Tuesday, April 2nd at 10am. Margret lost her battle with diabetes and heart disease on the evening of March 24, , at her home in Salem at the age of Margret was born in Rolla, Missouri, in and moved with her family to Corvallis, Oregon in In high school, she was cast in many theater productions - usually in a main role. She began taking computer classes computers were new then! She worked there until her retirement several years ago.

She is survived by Beau, Harley, Jane and Michelle. She also loved to cook and was very gifted in baking and candy making. She loved to enter her goodies in county fairs and the State Fair, where she won many ribbons. She was particularly proud of her accomplishments in winning every ribbon available in the Gerry Frank Chocolate Cake Contest - including the coveted blue ribbon. Margret was also known as the Candy Lady, and started preparing sweets in October for her Christmas gifts of candy for family and friends. She also loved collecting rocks and crystals, rings, earrings, hats and dragons.

Margret loved photography and liked to enter photos in the State Fair.


She produced a yearly calendar at Christmas for family and friends using her photos and marked every day of the year with a different event. The Oregon Coast was one of her favorite subjects, but in her later years she was unable to go there very often due to health problems. Margret enjoyed working on her computer and sewing too.